Japan’s second busiest zoo behind Tokyo’s Ueno Zoo, Nagoya’s Higashiyama Zoo is home to an impressive over 550 species of animals, including elephants, penguins, bears, tigers, giraffes, birds, reptiles, hippos, apes, lions, skunks, rhinos, seals and more. One of Asia’s biggest zoological gardens, the well-planned Higashiyama is famous for the story of the keepers trying to save the elephants during wartime, and for having introduced Koalas to Japan. Recently Shabani the Gorilla has been making world-wide headlines for being the “World’s most handsome gorilla”. The zoo also has one of the oldest monorails in operation. Still futuristic looking in design, the two-station monorail provides transportation around the park, and spectacular views too. 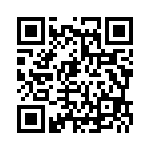