The Temple of the Mighty Oda Clan, Bansho-ji

Among the many arcades and shops of the Osu Kannon Shopping District is the historical Kigakurin Bansho-ji, the Oda clan’s family temple. Kigakurin Bansho-ji recently underwent a major reconstruction, and while the traditional look and atmosphere have been somewhat reduced, its significance has not been diminished in any way. The original Bansho-ji was built in 1540 by the warlord Oda Nobuhide, father of the first of the National Unifiers, Nobunaga, not far from the original Nagoya Castle. The site was decided when Nobuhide and the first abbot saw a turtle, considered a symbol of long life, sunning itself on a rock near some auspicious pine trees, and so Bansho-ji, or “Ten Thousand Pine Tree Temple” was established as the Oda Clan temple.

The Bansho-ji was the stage for a well-known historical episode in which a young and impetuous Oda Nobunaga arrived late for his father’s funeral. Storming into the temple in front of the gathered clan members and retainers, instead of gently offering incense, Nobunaga threw a handful of ashes at the alter. After knocking over the incense burners and tables, he stormed out, causing quite a commotion. Nobuhide’s grave can still be seen here on the northern side of the temple complex.

This temple also was rebuilt at its present site in 1610. Destroyed by allied bombing in World War Two, it was again reconstructed, along with the surrounding shopping arcade. Visitors to the arcades often stop by the temple to make small offerings and pray to the deity within. Despite the recent reconstruction and modern appearance, Bansho-ji has a long and colorful past. 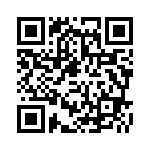