The Battle Of Okehazama was fought on the outskirts of Nagoya City on June 12, 1560, when 2,500 samurai under local warlord Oda Nobunaga attacked and defeated a larger invading army of 25,000 under Imagawa Yoshimoto at a ratio of ten to one!

Imagawa Yoshimoto, (1519-1560) a powerful warlord, based in modern-day Shizuoka, had become daring enough to make an attempt on the capital, Kyoto. To do so required steamrolling across the provinces, one of which was Owari, held by the charismatic Oda Nobunaga. Imagawa took the vitally important Tokaido main route, entering Nobunaga’s territory and camped just outside of modern day Nagoya in an area known as Dengaku- hazama, near the village of Okehazama.

Nobunaga could only raise 2,500 men. He left his castle at Kiyosu and traveled via the Atsuta Shrine where he prayed for victory before arriving at the Zenshoji, a fortified temple overlooking the Imagawa forces camp site. Nobunaga ordered his men to set up war flags and banners around the temple to give the appearance of a much larger army in residence. 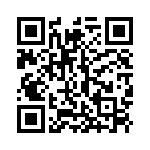