House of The Giant Buddha of Nagoya

Entering the grounds of the Togan-ji Temple is like stepping back into 16th Century Japan. Nestled amongst thick vegetation and classical Japanese gardens and architecture, the Togan-ji is a Soto sect Buddhist Temple established in 1532 by Oda Nobuyuki, the younger brother of the famed Oda Nobunaga and lord of nearby Suemori Castle. The temple was founded in memory of his father, Oda Nobuhide, and named after Nobuhide’s posthumous Buddhist name. The temple was moved to it’s present location in 1714, and with it went the ancient five tiered Gorinto memorial stone that can still be seen in the main courtyard. 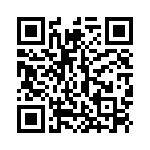