The Kariya Anime Collection has been cancelled in 2021

Kariya-City abounds in cosplay events, and in order to spread awareness of new culture in Kariya, Kariya City Industrial Promotion Center and other facilities around Kariya Station join forces to hold a wide variety of events to do with anime, such as stage spots featuring anime voice actors and idols, cosplay events which bring together anime and other cosplayers, and anime-related booths. 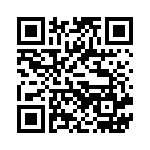